Viktor Horváth was born in 1962 in Pécs. Between 2003 and 2006, he studied for his Ph.D. at the University of Miskolc. Since 2003, he has been teaching the theory of poetic structure and the history of form in medieval and late-medieval times at the University of Pécs. He is a translator of texts in English, German, and Spanish. His guidebook, Through Other New York Variations (Át avagy New York-variációk) was published in 2004. 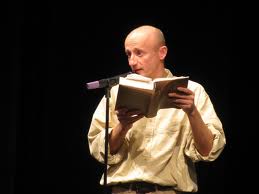 Turkish Mirror takes the reader on an adventurous journey back in time to 16th century Hungary, when the country was still a new suzerainty of the victorious Sultan Suleyman the Magnificent. The novel describes an unstable borderland situated between two great empires, a colorful cavalcade of calendars, taxation systems, languages, sacred writings, kings and emperors, mighty sultans, Hungarian nobles and Ottoman Beys, merchants, city burghers, village magistrates, and – from time to time – even angels, djinns and peculiar flying machines.

In the book, we see the city of Pécs gradually giving way to the world of the Thousand and One Arabian Nights, where camels walk the streets, apricots and dates hang from the trees in abundance, thieves roam the woods, and the first mosque and Turkish bath are built. Indeed, the great charm of Turkish Mirror lies in its uninhibited flair for storytelling, while its ingenuity lies in showing us the world of Hungary through the eyes of the occupying Ottoman Turks. This is presented as a complex, puzzling, multicultural land, fraught with danger and ruled by complex power relations, as opposed to the Padishah’s civilized and refined empire. Thanks to this surprising point of view, the reader visits a terrain where everything that was familiar is now foreign and exotic.

The weeks went by, the giaours’ Christmas, when they celebrate the prophet Jesus’ birthday (may round-eyed houris pamper Him in Allah’s orchards!) had come and gone, and I was still suffering because of Sudabé, thinking how I might catch a glimpse of her countenance at last. Meanwhile, after late night prayers, I continued peeling away at the wall by the light of a candle in that bare room. The erring bishop had left many books behind, so Dervish bey ordered Sejfi to instruct me in Latin and rhetoric, but Sejfi was too caught up to check if I’d done the lessons from the Koran he’d marked out for me. The scribe Gergely was supposed to teach me to write Latin and Hungarian, but I ran away from him and hid behind the church with the Serbs. And all the while Ferruh saw the plaster gradually peeling away on the wall behind the heap of straw. Also, my foster father never noticed that I wasn’t learning anything. He was too preoccupied running after all those many alterations waiting for him in the surrounding areas, and in town too.

The castellan was a veteran janissary. His name was Ali, and he bagged fifty silver akche a day. Anyway, on one occasion I saw this dizdar prepare to visit the town, so I went up to him and lied that the bey ordered me to go with him and chose a cat and buy it, and he’d give Ali the price afterward. Ali dizdar believed me and had one of his men accompany me round the great market while he visited the meat surveyors and the market supervisors. But there were no cats to be had at the market, so we returned empty handed. The minute we walked through the castle gate I ran off, and the castellan went to tell the bey that he could not purchase a cat, alas. That’s how ignorant and wicked I was.